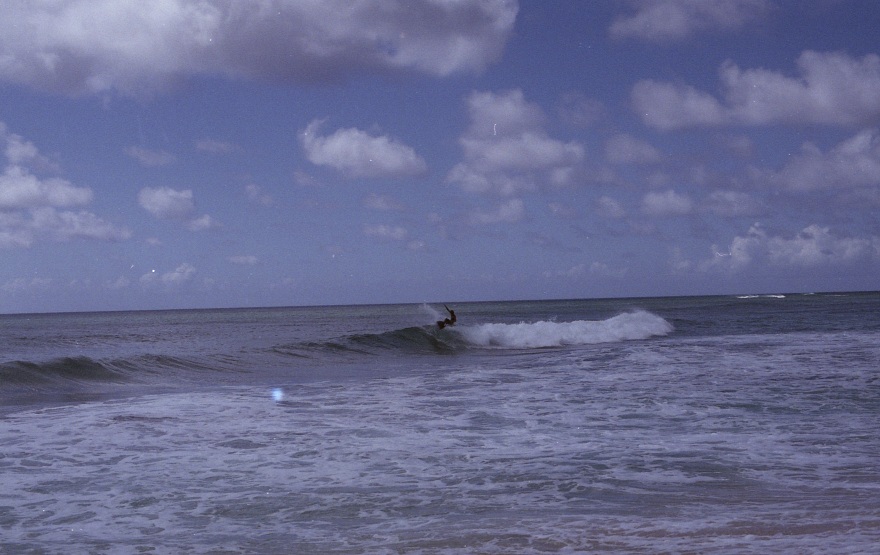 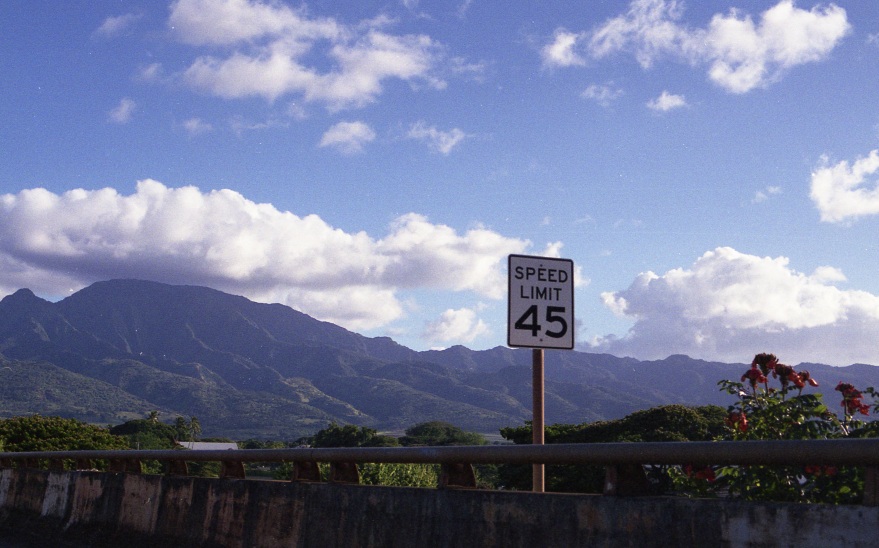 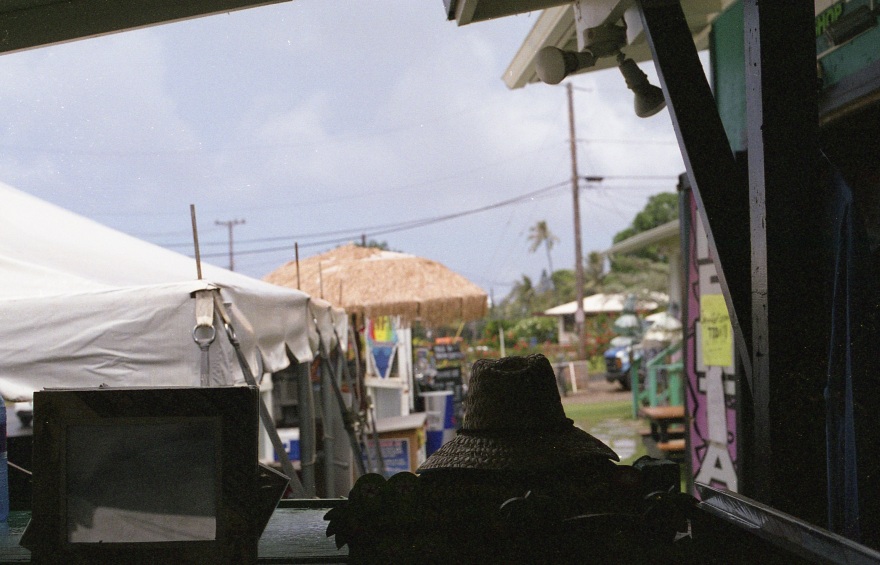 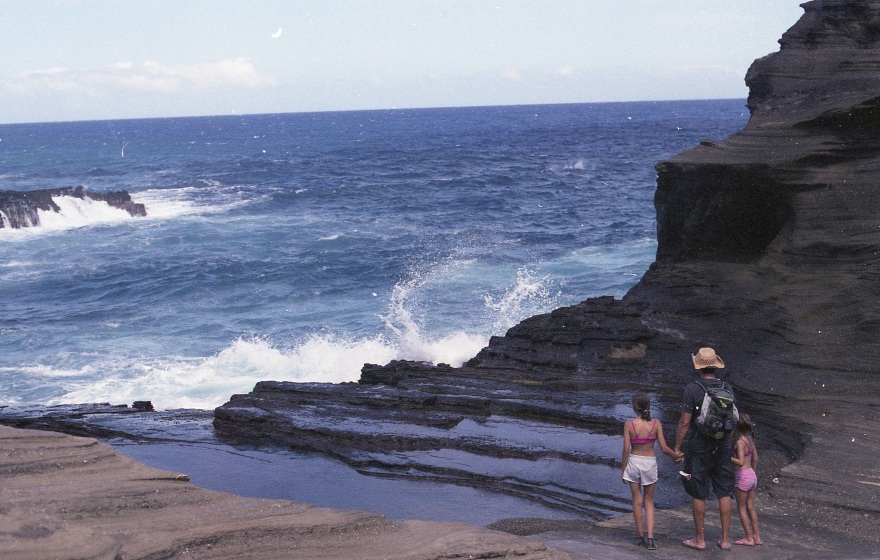 This was one of my more exciting rolls since it was my first time to the North Shore of Oahu. The first couple of photos were taken at Sunset Beach. It’s really interesting to see how this expired film works in different light situations. With some photos the saturation would be incredibly extreme, and other times the colors would be more muted.

I especially like this role of film because I was able to capture a lot of moments on it. At the beach a few boys were surfing, and while I didn’t have the proper lens for the moment, I still enjoyed capturing their jumps and twists on the waves. Other photos, such as the mountains with the speed limit sign and the crashing waves were simply because I felt that these moments reflected the nature of Hawaii. As a place that seems so glorified in the eyes of those from the mainland, seeing a speed limit sign with these looming mountains in the background seemed so mundane yet surreal to me.